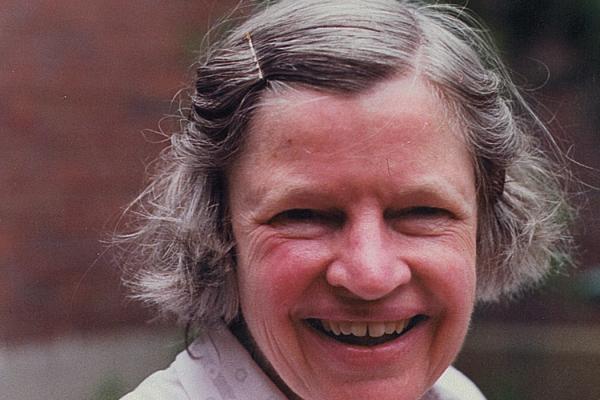 Description
We are saddened to share that Catherine A. Callaghan, a long-time faculty member in the Department of Linguistics, known to all as “Cathy”, passed away on March 16, 2019 at the age of 87, after a brief illness. She was born in 1931.
Cathy began at OSU in 1965, and was one of the first professors in the department, joining founding chair Ilse Lehiste, who became a lifelong friend. A student of Mary Haas’s at the University of California, Berkeley, Cathy was a specialist in the indigenous languages of the Bay Area in California, and was the world’s authority on the Miwok languages, a small language family that she devoted her scholarly life to. Her 1963 dissertation was a grammar of Lake Miwok, and after that she wrote substantial dictionaries of four Miwok languages (Lake Miwok Dictionary (1965), Bodega Miwok Dictionary (1970), Plains Miwok Dictionary (1984), and Northern Sierra Miwok Dictionary (1987)), all published by University of California Press. She produced numerous studies on the historical development of the various Miwok languages and on their more distant connections to other languages of California, constituting the Utian family. She published a summation of a lifetime of work on the languages in her 2012 magnum opus entitled Proto-Utian Grammar and Dictionary with notes on Yokuts (De Gruyter Mouton).

Her interests in language documentation and California languages extended to the classroom, as she taught courses on field methods, anthropological linguistics, and American Indian languages.

Cathy had a wide range of other interests as well. She earned a black belt in judo and was a published poet and science fiction writer. She pioneered a popular course on science fiction, geared to undergraduates.

She will be missed but her contributions to language documentation are a timeless legacy.
Share on Social Media