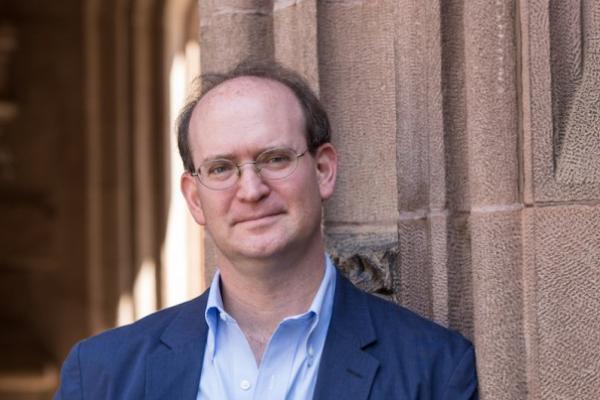 The Annual Linguistics Pedagogy Lecture will be given by Joshua Katz, Cotsen Professor in the Humanities and Professor of Classics at Princeton University.

Language on the Verge: Teaching Linguistics Inside Out

Understandably, introductory linguistics classes concentrate on core phenomena. Nonetheless, it is my experience—at, I should stress, a university that does not have a linguistics department and has been embarrassingly slow to recognize the scientific study of language as a vibrant discipline—that one way to bring students in is to capitalize on the universal human desire to play with sounds, words, sentences, and (where relevant) writing systems by teaching what is normal through an exploration of the margins. In this interactive presentation, I will make use of material from two courses I have regularly taught at Princeton: mostly the freshman seminar “Wordplay: A Wry Plod from Babel to Scrabble,” which Time magazine in 2015 listed among the “11 Bizarre College Courses We Actually Want to Take,” but also a lecture class titled “Imagined Languages,” in which we try to understand how and why people are sometimes moved to transcend the languages to which we have natural, or at least relatively easy, access. I hope to show that even professional linguists will find unexpected windows into how language works by considering how these workings can be bent in unusual ways to produce striking effects—and not just considering them, but actively doing the bending and producing the effects themselves.

A “linguist by training, a classicist by profession, and a comparative philologist at heart,” Joshua Katz's research contributes to a variety of topics in the languages, literatures, and cultures of the ancient world, from India to Ireland via Greece, Rome, and the Near East. He teaches at Princeton such classes as “Ancient Greek: An Intensive Introduction,” “Origins and Nature of English Vocabulary,” “Introduction to Historical and Comparative Linguistics”, and “Language at Princeton,” as well as freshman seminars on “Writing Systems of the World,” “Ancient Egypt and its Hieroglyphs,” and “Wordplay: A Wry Plod from Babel to Scrabble.” He is a member (and former Director) of Princeton's Executive Committee of the Programs in Linguistics, and also involved with the programs in Freshman Seminars in the Residential Colleges, Teacher Preparation, and Translation and Intercultural Communication. He has won at Princeton both the President’s Award for Distinguished Teaching (2003) and the Phi Beta Kappa Teaching Award (2008), and has also received the Sophie and L. Edward Cotsen Faculty Fellowship in recognition of “outstanding undergraduate teaching” (2013–16). Please see his faculty profile for more fascinating facts and information about Dr. Katz's teaching and research: https://classics.princeton.edu/people/faculty/core/joshua-katz.